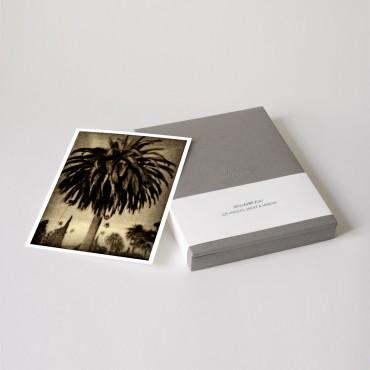 Produced in an edition limited to 100 copies, each box set, dedicated to a VU' photographer, includes seven original 18 x 24 cm fine art pigment prints made under the artist's supervision, accompanied by a signed and numbered certificate of authenticity.

Living between France and the United States, he works for many newspapers and magazines and regularly exhibits in France, the United States... For the G20 in 2013, he was one of 20 photographers selected to produce subjects on Russia; his work on constructivist architecture was exhibited at the Marble Palace in St Petersburg. For this series on Los Angeles, through his subtle use of the pinhole, he erases reality and provokes an emergence from the invisible, the revelation of a reinvented city, its memory, its decoys and symbols.