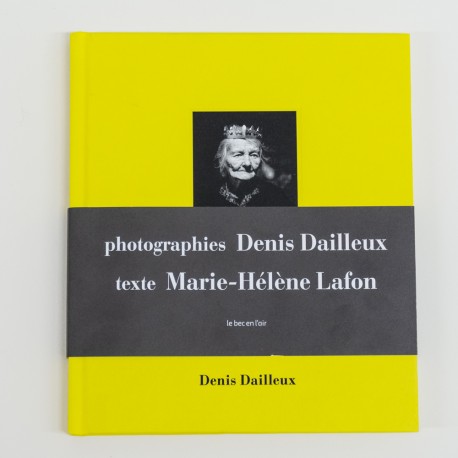 A sensitive and mischievous portrait of peasant life through the long complicity between a photographer and his great-aunt.

In the childhood village of photographer Denis Dailleux, in Anjou, lived a woman of character, a true novel character: Juliette, her great-aunt, who died in 2007 at the age of 100. Between the photographer and his model, between the old woman and the young man, a unique complicity has created for more than fifteen years a serious and funny game, a game that sometimes took on the appearance of a challenge, a mixture of seduction, bitterness and malice.
Like a model, Juliette accepts Denis' staging, which takes advantage of the farm's setting, plays with objects and plants. Over the years, the photographs have become more daring and reveal an unexpected personality that seems to blossom under the lens.

Through Juliette's portraits, which are magnificent in their accuracy, the reality of a modest and precarious rural world appears, with its social codes and values, where harshness sometimes prevails over wisdom. With her strong character and her refusal of what to say, Juliette is a resistant person, driven by her intuition and sensitive intelligence. From then on, the act of photographing becomes an act of life and these images today constitute a precious testimony to one of the "tiny lives" dear to Pierre Michon, vibrant with humanity, which marks our common belonging to the world.

A first text written by Denis Dailleux gives the reader some biographical details about Juliette's life; we can feel her isolation, her economic fragility and the modesty that characterizes her, but also her incredible capacity for resistance that led her to accept the photographic adventure that her grand-nephew offered her.
It seemed to us that a second literary text would mark the timelessness and universality of this series. "Born into a peasant family" in her own words, Marie-Hélène Lafon portrays the reality of the rural world admirably in her novels.