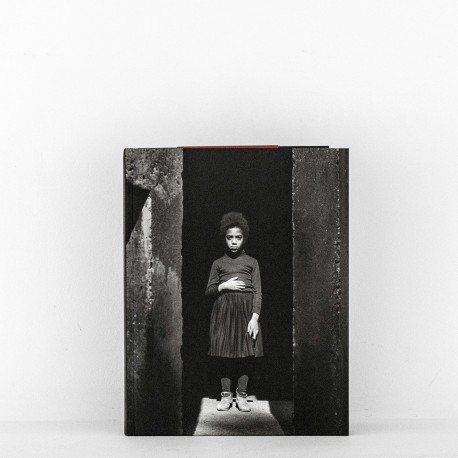 Produced by Denis Dailleux from 1987, this series of black and white portraits, published here for the first time, begins with a meeting in the train..:
"It was while returning from my village where, during the summer, I had photographed the inhabitants and my great-aunt Juliette that I met in the Coral train boys of the city "The Village" of Persian. They were about ten and had spent a few days of holidays in Sables-d'Olonne. They wandered from car to car with a radio cassette that broadcast rap without anyone telling them anything. I showed them the pictures of Juliette and I remember that they said "Class !". And it was at that very moment that I asked them if they were willing for me to meet them in their city. Coco gave me his phone number. At that time there was very little talk of suburban problems but it was not without a little apprehension that in early fall 1987 I finally decided to call Coco. He gave me an appointment the following Sunday at the Persian-Beaumont station. Soon I knew I had something. Like a photographic revelation allowed by the children letting go in front of my lens."

Denis Dailleux's immersion in Persian, a commune in the Val d'Oise, will last five years. The long posing sessions he leads with the youth of the neighbourhood would probably no longer be possible today on this territory where the situation was already tense.

Thus, the timeless power of Denis Dailleux's photographs, combined with the committed text of Abdellah Taïa with whom he returned to Persian-Beaumont thirty years later, make this book an important publication on the sensitive subject of the suburbs.