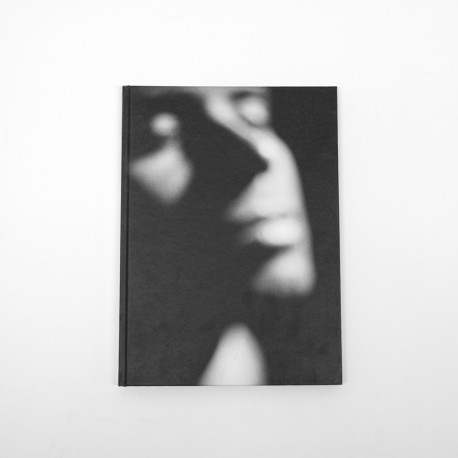 Aura is the third photobook by David Jiménez, a Spanish photographer based in Madrid, widely known by his fi rst book Infi nito (Photovision, 2000), and versus (RM Verlag, 2014).

This new book is the natural continuation of that series of works; this time the oneiric character of the images is intensifi ed, as are connections of a magical nature among the images, and the whole acquires increased movement and agitation, like the rhythm of an uninterrupted dance.

The authorÅLs work as a whole is based on the intuition that what we call reality conceals a network of complex relationships beyond rational thought. His purpose is to metaphorically recreate this secret network of connections through a universe of images rich with hidden clues, in which the deeper meaning of events is found outside narrative time and space, more closely approaching the sudden spark of the poetic. He is interested in provoking the dissolution of literal references, inviting the viewer to construct a new syntax. To this end, he plays with the limits of perception, seeking a hypnotic eff ect, and a precise degree of ambiguity that promotes mutations of meaning, a sort of alchemical transformation.

Aura also contanins some self-referential images, we will eventually be spectators watching somebody who is looking at the book within the book itself. Another striking facet of the work is the presence of certain recognizable elements that are repeated with variations, creating a cadence, like birds in fl ight that produce distinct shapes in the emptiness, shadows with an undulating movement or patterns of light on an abysmal blackness. The author also plays with negative space, with the fragmented fi gure, with the echo among forms, generating an always present ambiguity which makes us wonder whether we’re seeing or imagining.