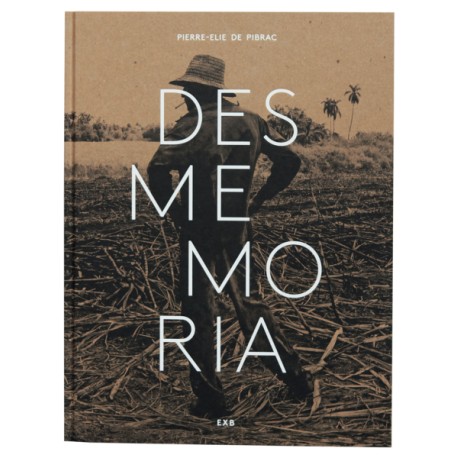 This photographic work was awarded the Levallois Prize in 2018.

Desmemoria is a photographic, anthropological and social testimony to the Cuban azucarero community - the sugar industry workers and revolutionaries from the beginning.
Between 2016 and 2017, Pierre-Élie de Pibrac travelled around the island and lived with various families in this community. Through this experience, the photographer questions the end of utopias in a people who believed and worked to incarnate the Castro dream. For decades, the sugar industry was to be the mainstay of the Cuban economy and was therefore celebrated by Castro and his troops: "Sugar is our history, without it it is impossible to understand the essence and soul of Cuba," says Cuban historian Eusebio Leal Spengler. More than half a century later, this sugar economy has not kept its promises of emancipation, in the same way as Castro's ideology. Immersed in rural areas, Pierre-Élie de Pibrac went to meet the inhabitants of the bateyes (villages) of sugar plants. Still in operation or disused, these sugar cities and their workers bear witness to lives sacrificed by an utopian doxa. The bateyes are the theatres of disenchantment in Cuban society. There is a heavy atmosphere that underlines loneliness, poverty, isolation and precariousness. If sugar cane built Cuba and represented national pride, today it is the symbol of its sinking, bringing with it a new generation without landmarks. In this period of transition in Cuban history, Pierre-Élie de Pibrac's images show a world that is disintegrating. They tell how the Cuban people now understand their daily lives, how they look at them.
on its recent history. The photographer's approach, both documentary and artistic, allows a different interpretation of the post-Castrianism that is now taking place. Through the prism of various registers of images - photographs taken during this long stay and images extracted from vernacular iconography, Pierre-Élie de Pibrac shows a society that is disenchanted but also deeply attached to the uniqueness of its history.