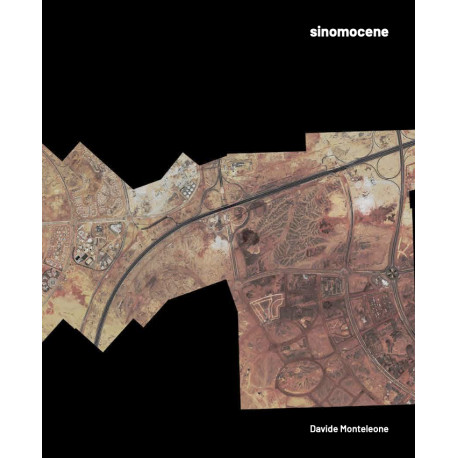 “Sinomocene” is a data-driven investigation that takes its cue from the documentation of the Chinese initiative known as “Belt and Road” to investigate more widely on issues of new forms of colonialism, globalisation and relation between Powers and individuals.

The work focuses on the social and environmental impact of large movements of money capital linked to geopolitical strategies at the global and local levels. Announced by Chinese President Xi Jinping in 2013, BRI is a 1 trillion USD investment to lay the foundations for long-term economic growth across developing economies.

The book is the result of 8 years of work and contains texts by Ai Weiwei, Viraj Parikh, Miriam Zlobinski.

“Davide Monteleone began his project in Russia in 2014 before visiting vast rail and road projects across Asia; container ports; factories; casinos; and the Grand Renaissance dam in Ethiopia. The images clearly depict China’s strategic ambitions, very different from the original Silk Road, which operated from around 130BC until the mid-15th century. The Silk Road was a network of trade routes, whereas the belt and road initiative embeds a political ambition beyond commerce. The issue in question here is: who will be the centre of the world? Who will rise to world power?”