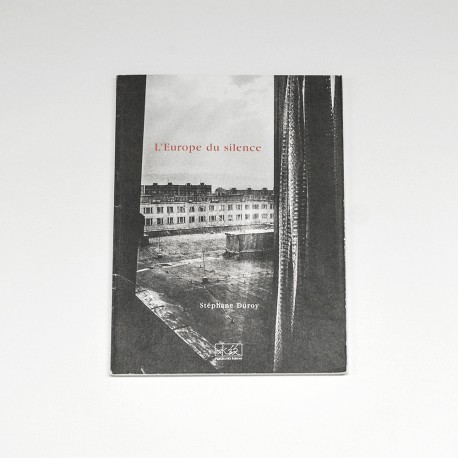 This title is out of print, we still have a few signed copies of Stéphane Duroy

"First of all, there was the Berlin period 1979-1989. This city interested me as a cultural symbol (the spirit of Weimar, the Bauhaus, expressionism) as well as a political one: the humiliating defeat of 1918, the crushed Spartakist revolution, the coming to power of the Nazis, and especially the decision of the Final Solution (Wannsee Conference 1942). Then times changed, a wall was erected from 1961 to 1989 to symbolize the Cold War.

After these ten years I was very curious to discover the oriental face of Germany, to see how the Weimar Republic could coexist with Buchenwald, to cross this rurality almost unchanged since 1933. In 1992, after a year of photography, the Polish territory appeared to me, like the GDR, very much behind in its economic, technological, urban, rural development... This landscape from another time greatly facilitated the continuation of my work on memory, of which I retained Auschwitz-Birkenau as the essential point. »