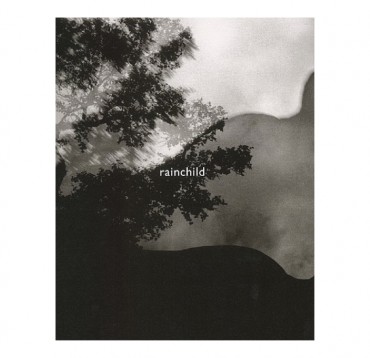 "When Heartbeat was published in 1994, I was already working on Rainchild, except I did not know it. In the winter of 1993 I made my first trip to Australia, asked by friend-photographer Max Pam to join him and his two children Eko and Jack on a drive from East to West Australia.  They had lived in England for some years and were moving back to Fremantle near Perth, on the westcoast. Max wanted his children to have the sense of the country while moving back. In 1993 I was finishing Heartbeat. I was also finishing a long curating project, my first, an exhibition with the photographs of french photographer Izis about Marc Chagall. This exhibition for the Jewish Museum in Amsterdam was made by Leo Divendal, Victor Levie and me. Above all 1993 was the year in which I was coming to terms with the passing of my mother, the passing of two friends in Holland, and of the daughter of Izis, Lise.

That first trip to Australia changed everything. For some reason being on the other side of the planet helped me look at the previous years, helped me see that I was doing ok. Obviously this influenced my photography. Making dummies for Heartbeat introduced me to another world. One where trying to put things into a context became as important as photographing. The house for the context was the book. From the start I began making dummies, knowing I was far from ready with a series of photographs, and letting these dummies show me my paths.

The first dummy was called Emu, after the australian bird and also after the french: "je suis emu - I am touched".  I made three copies of this photocopied dummy, one each for my friends Phil and Max, and one for me. My way of thanking them for showing me around. I was touched by many things in that country and they will sound like cliches when written down. But what touched me most were my own changes. I began to breathe. I liked my early mornings again. I could look people in their eyes again without feeling I'd begin to cry at any moment. For some reason, while moving inside that bare and wild country, that pain left me and I guess it is no more than logic that only then I could see how much of it there had been. I also realised how small a part my ratio was. It was as if this part had walked ahead of me, telling me how many reasons I had to feel better. It took me three years to catch up.

After that first dummy Emu followed many others. I also made more trips to Australia and it first looked as if I was doing a work (a book) about this country. But soon I began to mix the images from both worlds, also the images from home came in as it just seemed strange to keep them separated. Other dummies were titled: Heart of OZ; Innamincka; Time to play; Drifting; Home; It just goes to show; Our fathers, our mothers are from Tokyo; Portraits; Ca et La; and finally Rainchild.

Each dummy led to the next dummy. I transferred what I liked and left behind what I did not like. As said before I began this process with that first dummy called Emu and ended it almost ten years later. The last two years I had a lot of help from Fred Ritchin and Victor Levie. Fred helped me edit and suggested I would make a second book inside the first: a chapter taken from all this dummy material. Until today I don't know if he realised he added almost two more years to the whole thing. Victor helped in his usual strong ways, almost like retouching my processes. That was about everything, the editing, the sequencing, the layout, the typography."