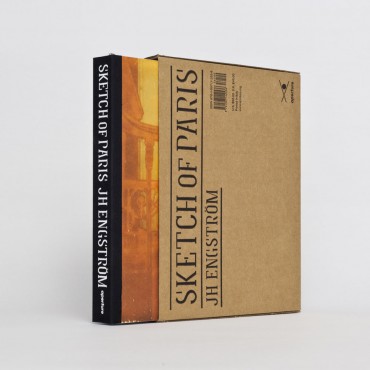 JH Engström has a really personal relationship with Paris. These photographs were made between 1991 and 2012.

"I was ten years old in 1979 when I moved with my parents from the countryside of Värmland County, Sweden, to Paris. It was my first time in a major international city.

We returned to Värmland two years later. But ever since then Paris has been a second home, and I have visited and lived there off and on.

For over twenty years, Swedish photographer JH Engström has lived and worked in Paris, a city that, like New York, has a long photographic pedigree; countless photographers have been inspired by its iconic architecture and busy streets. Sketch of Paris, however, is hardly a catalog of classic Parisian scenes, offering instead a raw yet lyrical portrayal of the artist’s misadventures, loves, and random encounters in its streets, bars, and artist lofts—an entirely personal Paris. Engström brings us on a gritty, no-holds-barred guided tour of life in his adopted city. The photographs provide a type of homage to Paris, a city that has greatly influenced and inspired Engström—as a photographer and as a person. Beautifully produced in a slipcased volume, the book brings together 250 color and black-and-white photographs all made between 1991 and 2012, tracing a critical time during the development of the artist’s own voice and vision.