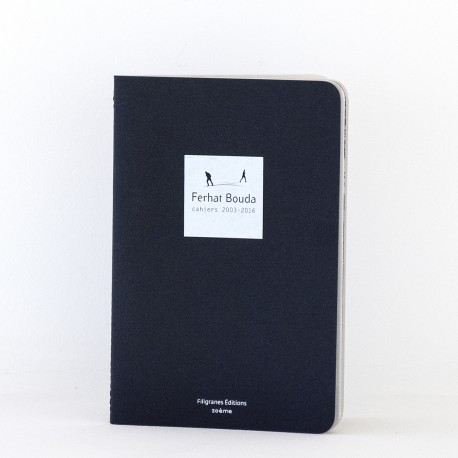 Ferhat Bouda is clearly part of a tradition of documentary photography, narration, essay and commitment. Witnessing, giving to see, preferably in black and white, making time deals to go beyond appearances, being accepted for both respecting those he represents and delivering keys that go beyond the anecdote, these are the bases of his ongoing investigations.
At home, in Kabylia, as with the Azawad militants with whom he first maintains a cultural proximity, or in Germany where he is based, he focuses on people, looks and attitudes. He tries to decipher situations and to share with us these complex worlds often difficult to approach or, too often, hidden by clichés and stereotypes.
Ferhat Bouda is mainly interested in minorities: from Berbers to nomadic peoples like the Tuaregs, the Mongols.

Cahier is a collection of workbooks published in facsimile, directed by Zoème in Marseille